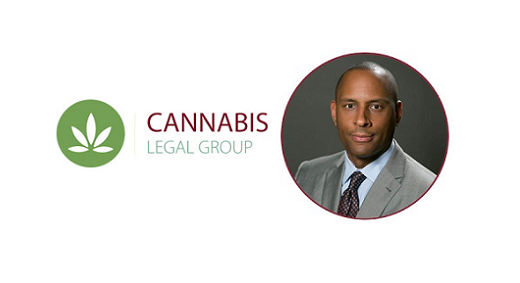 Did you know that black Americans are more than three times more likely to be arrested and convicted for marijuana related offenses than white people?

In fact, ACLU of Michigan Racial Justice Staff Attorney Mark Fancher puts it like this – “the war on marijuana has amounted to a war on people of color.” The continued imprisonment of Michael Thompson is prime example of this.

Yet it’s not just black Americans languishing in prisons with non-violent marijuana related offenses. And advocates are calling for the release of all non-violent offenders.

As such, a large group recently penned a letter to Governor Gretchen Whitmer to address this issue. And our team applauds their efforts.

The Stories of Michael Thompson and Rudi Gammo

Back in 1994, Thompson sold three pounds of cannabis to an informant in the Flint Area Narcotics Group. Although officers later found guns in Thompson’s home and in a locked safe, absolutely no firearms were used during the sale for which he was arrested.

Even so, he was given 42-60 years for firearm possession, as well as 10-15 years for the marijuana counts. His first opportunity for release will happen when he is 87.

Meanwhile, Gammo is serving a five year sentence that began in 2018 for operating a dispensary that was sanctioned by the city of Detroit under the 2008 medical cannabis law.

Ironically, the dispensary is still open today, while Gammo remains behind bars.

Prison in the Time of COVID-19

To confound matters, both men have recently contracted COVID-19 while in the prison system. With prison healthcare systems currently under tremendous strain, these diagnoses could be death sentences. Thompson’s condition is further complicated by the fact that he’s older and has Type 2 diabetes.

Adding to an already unthinkable situation, Gammo’s six-year-old son was recently diagnosed with leukemia and while struggling through the treatments, his son talks about how much he wants to be with his “baba” to help him feel better.

It’s a sad and unjust situation – to say the least.

The Last Prisoner Project joined with the Cannabis Caucus of the Michigan Democratic Party, the Reception Foundation, FORCE Detroit, Law Office of Barton Morris and 37 other companies and individuals to request of Governor Whitmer she grant the early release for Thompson, Gammo, and every other non-violent cannabis prisoner currently incarcerated in the state of Michigan.

Whitmer stated after the 2018 gubernatorial election that she thought that the people of Michigan believed that no one should bear a lifelong record for conduct that would now be legal.

While a “clean slate” bill was signed on October 12, 2020 to expunge certain offenses, it was only just a start. Many non-violent cannabis prisoners such as Thompson and Gammo remain in jail.

Meanwhile, as both men struggle with COVID-19 and Gammo is unable to be with his sick child, other folks are making millions of dollars doing almost the exact same thing under new cannabis laws.

No More Hesitating on Expungement

“During [Governor Whitmer’s] campaign for governor, [she] announced she was in support of expungements instead of commutations,” attorney Barton Morris says. Now seems like the perfect time to demonstrate this support.

So in their letter to the governor, the advocates are calling for the release of non-violent offenders and hoping she’ll finally enact some serious legislation before it’s too late.

After all, action speaks louder than words. And thus far, there just hasn’t been enough.

And for more stories from the wide world of cannabis, keep checking back with us.

Along with the increase in demand for medical marijuana, there is a…