Michigan Attorney Helps to Change The Typical Perspective of Cannabis 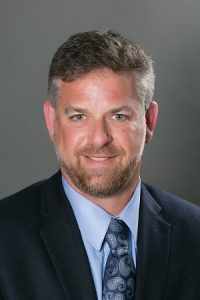 Craig Aronoff is a senior attorney with the Cannabis Legal Group in Royal Oak, Mich. who works with cannabusiness entrepreneurs, municipalities, caregivers and patients. He has a background in business and real estate law, with an evident passion for cannabis.

Unlike Aronoff’s colleagues in other states, there has not been enough room to make a career out of cannabis law in Michigan, for 90+% of the legal work is in criminal defense, while 5-10% involves more administrative work with a real estate touch. Fortunately for Aronoff, his skill set is very much aligned with the MMFLA, which will place himself and Cannabis Legal Group on the front line of the cannabis industry.

As Michigan advances toward its state licensing period, which begins December 15, 2017, Aronoff has a good idea about application requirements based on other state procedures. Not only is he working with townships directly, but he is helping to ensure business planning, capitalization, standard operating procedures, and security measures are compliant by creating vetting packages for his clients. That way, Aronoff and his team are aware of the nuts and bolts of each client they represent, leaving little to no room for surprises come time to apply.

Aronoff uses the classic toy Etch A Sketch as an analogy for medical cannabis and how people view it. He is determined to shake up people’s view of what medical cannabis really is by speaking to township supervisors about eliminating the ugly picture commonly associated with marijuana. Namely, a group of kids lounging on a couch smoking bongs. In actuality, there are a number of cannabis friendly products which do not create psychoactive effects. For instance, hemp, which is ecologically efficient and can be used for industrial purposes.

He continues to reshape medical cannabis in a way where people can picture themselves or someone they know not only using it, but obtaining it in a way that is safe, identifiable, and consistent. Cannabis can be packaged to look and produce like many other legal medicines readily available to consumers.

The only difference between cannabis and other pain relievers like Advil, Tylenol, and Aleve is that it targets the endocannabinoid system as opposed to pain receptors, both found in the human body. All of these medicines offer pain relief, so where is the harm? If cannabis is seen in a normal and relatable light, there would be less fear and more confidence in the program.

While attending a township hall meeting, Aronoff was approached by a retiree couple in the lobby. They asked why he was there, in which he responded, “I’m here to talk about medical cannabis.” Instantly, the elder woman turned to the town clerk and said, “Count me in!” Aronoff was taken aback, for this was a small, mainly conservative town. Just goes to show – you can’t judge a book by its cover. The couple’s daughter is a cancer survivor who became “a completely different person” once she started taking cannabis. It made her comfortable and able to endure pain better than before. Though the couple expressed their personal distaste for cannabis, they were receptive, kind, and undeniably supportive of the program due to their personal experience.

This encounter reenergized Aronoff’s passion for cannabis and its positive medical effects. Truth is, people are not that far away from somebody who has benefited from it. Cannabis offered a very sick person an alternative. A solution. A new option to replace poison that made someone very sick, very often.

Aronoff believes diving in head first is the only way, even if at first it feels uncomfortable. As a father of two, Aronoff has experienced this uncomfortability first-hand when explaining his job as a medical cannabis lawyer to his two daughters. Still, in order to create this new norm, and for it to be successful and thrive, we must make our personal experiences and situations about cannabis part of our day-to-day conversations.

Recently, Aronoff spoke at a public forum outside of Ann Arbor about growing, cultivating, processing, and selling medical cannabis. Twenty years ago, he would have never thought doing so would be likely. At this point, he is anxious to see what the next 20 years hold for the industry, particularly at the state and federal level, for countries such as France, Germany, and England are all studying cannabis, and their governments are positively invested.

Yet, in the U.S., universities and private corporations cannot receive grants to conduct studies and place their findings in a public forum.

As a professional who has attended a number of conferences as a lawyer over the years, where prejudices persist and everyone is out for blood, Aronoff believes there is an undertone in politics and social society that is underappreciated in the cannabis industry. Cannabis is completely bipartisan. Far-right, libertarian towns and very progressive towns in Michigan are all on the same page. The industry’s ability to bring people together around a product that is doing more good than harm is truly refreshing for Aronoff, for there are no barriers for communication or entry. Regardless of background, if someone develops a medicine that another can also benefit from, the opportunity is there.

Ultimately, cannabis is “a plant, not chemicals we cannot pronounce being mixed together in hopes the beaker won’t blow up,” Aronoff says.

Based on a recent announcement from the state of Michigan, provisioning centers…