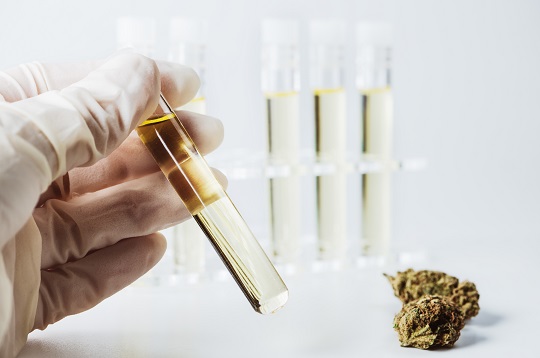 Along with the increase in demand for medical marijuana, there is a discussion about an increase in cannabis testing laboratories. Chris Roberts of High Times says cannabis labs that test potency, purity, and other detailed information were worth $866 million in 2016, and are projected to reach $1.4 billion by 2021. Roberts says this projection includes businesses cost of equipment, computer software, liquid and gas-chromatography machines, and employees.

Roberts says he believes after the string of contamination scandals that occurred, there will be an increasing demand for accurate and reliable marijuana testing. He says one scandal involved two of Health Canada’s officially licensed marijuana companies who were found using a banned pesticide in their patient’s products, causing patients to say they felt sicker.

Another scandal he talks about involved a cancer patient in California who died after being exposed to a fungal contamination possibly found in smoked cannabis. Businesses and patients need to be aware of the substances they could be ingesting within their marijuana products.

If you’re interested in testing cannabis products, IRON Laboratories is the Nation’s premier medicinal and recreational testing facility. They provide a variety of testing options for flower, concentrates, edibles, and infused products. They say their mission is to provide knowledge for the benefits of patients, caregivers and producers.

IRON Labs says a variety of contaminants can occur in cannabis, including, molds, mildews, yeasts, bacteria, insect and rodent droppings, pesticides, herbicides, and other agents that can pose health issues. To combat this, they offer chromatography, microscopic analysis, and other cannabis testing techniques to determine if your cannabis is contaminated. However, they don’t test products dosage, but instead recommend you consult your physician or caregiver with any dosing questions.

IRON Labs says, “The federal government prohibits the delivery of cannabis through the mail, so product must be delivered directly to our facility.” If you wish to send in a sample, they say they will need at least 1.5 grams of flower, 0.6 grams of concentrate, or a full serving size of edibles to provide optimal results.

Could expungement reform in Michigan soon be a reality? It’s looking that…