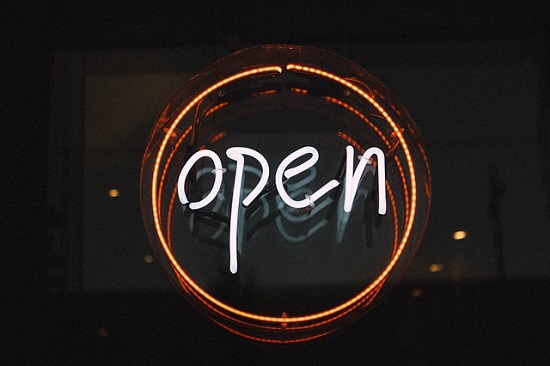 Well, yes and no.

If you recently bought recreational marijuana in Michigan, you probably noticed employees collecting information from you. They’re collecting your name, address, and date of birth.

This, despite the fact that they don’t have to do this.

They will often ask for ID to ensure that you are of age – the same as buying alcohol.

So is gathering this information for the sake of tracking who buys recreational marijuana so they can brand you a criminal?

Ease up the paranoia.

They Are Not Tracking You, Per Se

If you sashay into most Michigan dispensaries that sell recreational marijuana, you’ll see your driver’s license or state ID get swiped if you decide to buy some of the green.

And some businesses won’t even let you gain entry to their fortress of solitude marijuana showrooms without scanning your ID first.

So if they’re not tracking the fact that you’re buying marijuana for fun and then sending that information to the state government to keep an eye on you, then what are they doing?

There Is Some Confusion

It’s hard to get a straight answer.

There is some belief that those selling recreational marijuana aren’t clear on the fact that they don’t actually have to scan anyone’s ID – as is required for medical marijuana.

Some business owners who have companies in other states besides Michigan noted that an ID is required in those states but at one time, it wasn’t. So they suspect it all be required eventually and they’re doing it to just stay ahead of the curve.

When a few other company owners were asked for details about what is done with the information, they succinctly state that these questions be directed to the Marijuana Regulatory Agency.

So reach out to the MRA.

Then There Is Metrc

The state already keeps track of recreational sales data through their tracking system called Metrc. But it keeps track of time and location of sales, as well as quantity, price and product type.

They don’t dabble in personal information, however. So when the state looks at Metrc, they see each transaction and what was sold. But that information, it simply says “customer.”

It Is Mostly for Marketing Purposes

And there it is.

Workers at some provisioning centers have their employees ask for names and addresses for customer service and marketing purposes. They are clear on the fact that they don’t record information from IDs or share personal information with the state.

It’s essentially the same information that any other retail collects. After all, those email lists are gold mines.

So what many customers are experiencing is not Big Brother looking over them as much as employees utilizing point-of-sale software that collects personal information. That information is not visible to state employees.

So Dispensaries Are Tracking Who Buys Recreational Marijuana

It’s just not necessarily for the reasons you may think. At least, that’s what we hear.

Just know that if you’re interested in making a purchase, dispensaries are tracking who buys recreational marijuana in Michigan.

Then do with that what you will.

And if you’re a company looking to include recreational marijuana in your line up soon, you’ll need experts in cannabis marketing to stay ahead of the game. Contact us today.